Ida tried to put Pepper out of his head and Jenny helped with that. She was his lab partner and she really knew how to light a bunsen burner. And not in an academic way.

Jenny sat on the edge of the bed and ate up every word Ida said. It was refreshing. Ida chatted about his responsibilities on the student council. Jenny talked about her duties over the summer as a camp counselor. The conversation then turned to Jenny discussing the flavor of her lip gloss and if Ida would like to taste it for himself. The conversation continued with their lips and tongues in a sloppy make-out session.

Ida’s birthday rolled around not too long after. Both girls had their eyes fixed on him throughout the party. He made the mistake at laughing at one of Jenny’s flirtatious jokes and Pepper would have charred him if her deadly glare were eye beams.

He frowned. What did they want from him? Both girls left the party in a sour mood before he had even had the chance to blow out the candles on his cake.

He looked thoughtfully at his cake. Make a wish? If I make a wish will it actually come true? He made his wish, but he knew there was no magical solution. He’d have to figure this out in a logical fashion. Everything came down to logic.

A week later, Ida finally came to the realization: Not everything came down to logic. He stared at his grilled cheese in frustration.

Ida put his sandwich down and looked at his father. He wasn’t sure how to bring up the problem. He had talked through everything with his parents before, but he’d never really been in a situation where romance could give him any troubles so it was hard to explain what the problem was.

Ida: “Dad, let’s say you were my age. What would you have done if you had two different girls possibly romantically interested in you?”

Aiden: “I would have fucked them both and then ditched them when I got bored.”

Aiden: “Exactly. Which is why the question you should have asked: How do I know when there’s a possibly for something real with one of them and am I just using the other to run away from that?”

Ida: “That sounds much more accurate. What’s the solution?”

Aiden: “The cliche Disney sort of answer: Look in your heart, Son.”

Ida knew the answer. He always had. He adored being with Pepper. She understood him completely and he could see himself happy with her forever. 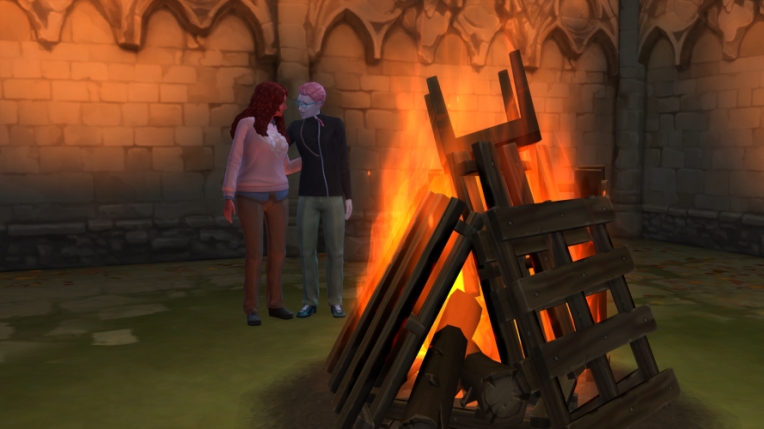 He invited her to the ruins outside the city.

Ida: “Guess no one wanted to hold a rave tonight.”

Pepper: “What do you know about raves?”

Ida: “That I don’t get invited to them.”

Pepper: “So why did you ask me out here? Just to enjoy the warmth of burning furniture and the scent of toxic heated varnish?”

Ida: “No, it’s because I have a question for you.”

They weren’t dating. Not really. And they hadn’t even gone beyond kissing, but Ida was sure of his decision. He got down on one knee and brought out the ring. Pepper stared at it in shock.

Ida: “Pepper Char, will you marry me?”

Pepper looked faint. A slow smile replaced the look of shock on her face.

Pepper jumped in his arms and Ida let out a surprised “Ooof”.

Ida: “You are surprisingly heavy.”

Pepper: “Keep that up and you’re not making it to the wedding day.”

Pepper snorted as she laughed. 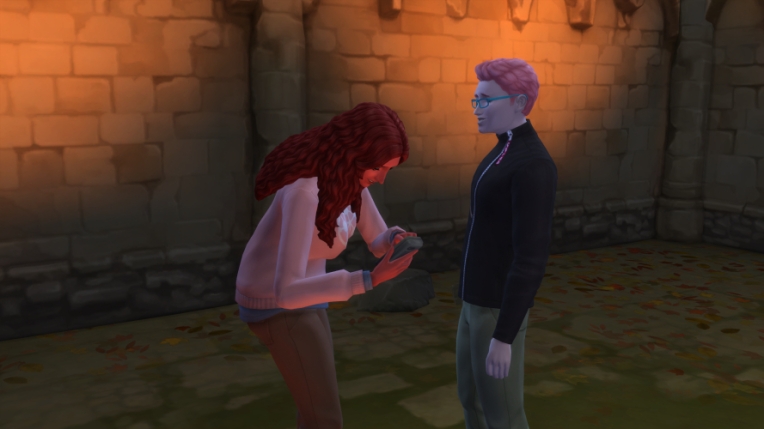 He put her down and she grabbed her phone.

Pepper: “Texting my friends and family. They’re never going to believe me.”

Ida: “Am I really that lacking when it comes to spontaneous actions?”

Pepper: “You made a pro/con list to determine what school lunch to have.”

Ida took her hand and smiled.

Ida: “I guess you’re right… I’d never do something like saying…” 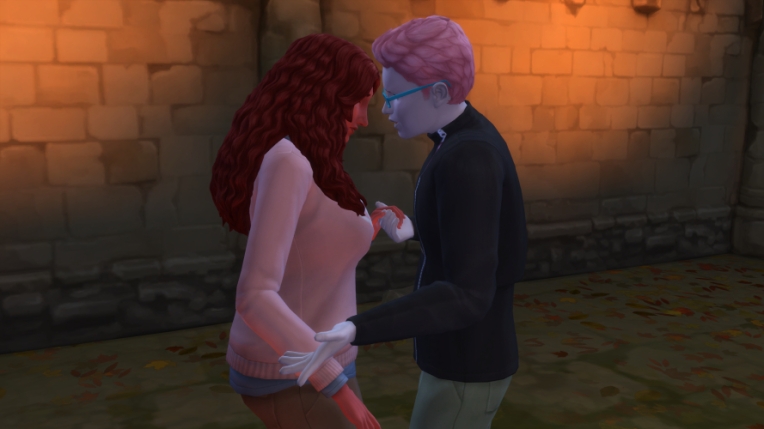 Ida: “Let’s just elope. You, me, the crackling bonfire, and a sea of stars above us.”

They exchanged rings and sealed their marriage with a kiss.